Cádiz is small city in southwestern Spain. It is actually one of the oldest continuously inhabited cities in all southwestern Europe. I decided to go visit in this famous carnival, because I heard a lot about it and it is something we don’t have at Finland. The carnival last more than two weeks in each year and during that there is a lot of visitors from all around Spain, so whole city is having fiesta in this time.

When I arrived to Cádiz I noticed big welcome sign at gates of city and a lot of people. There was actually so much people that it was hard to even turn around in mass of people. There was a lot of different kind of costumes. It tells something how popular this event is, when I had to wait over 30 minutes in line at costume shop to get my costume in Seville. My choose of costume was a Arabic Sheik costume.

I don’t know was this costume success or not, because nobody get the idea of my costume. Instead that people called me Druid, Monk, Priest and even Jesus (maybe because my hair). The Carnival itself was a great experience; something different I’m used to. I really enjoyed it. 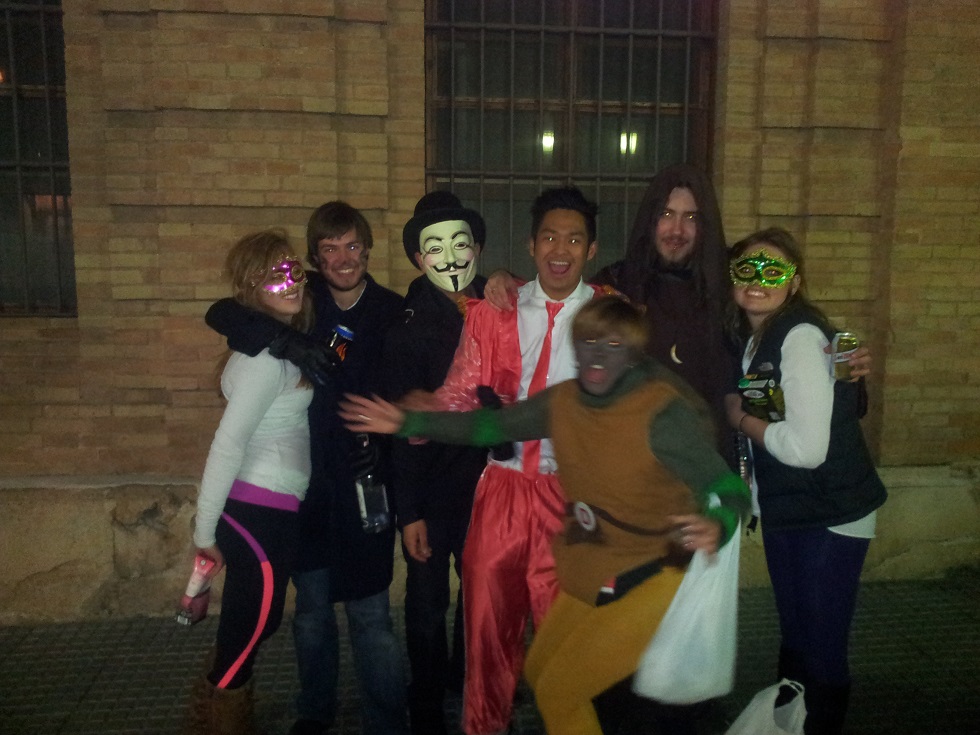 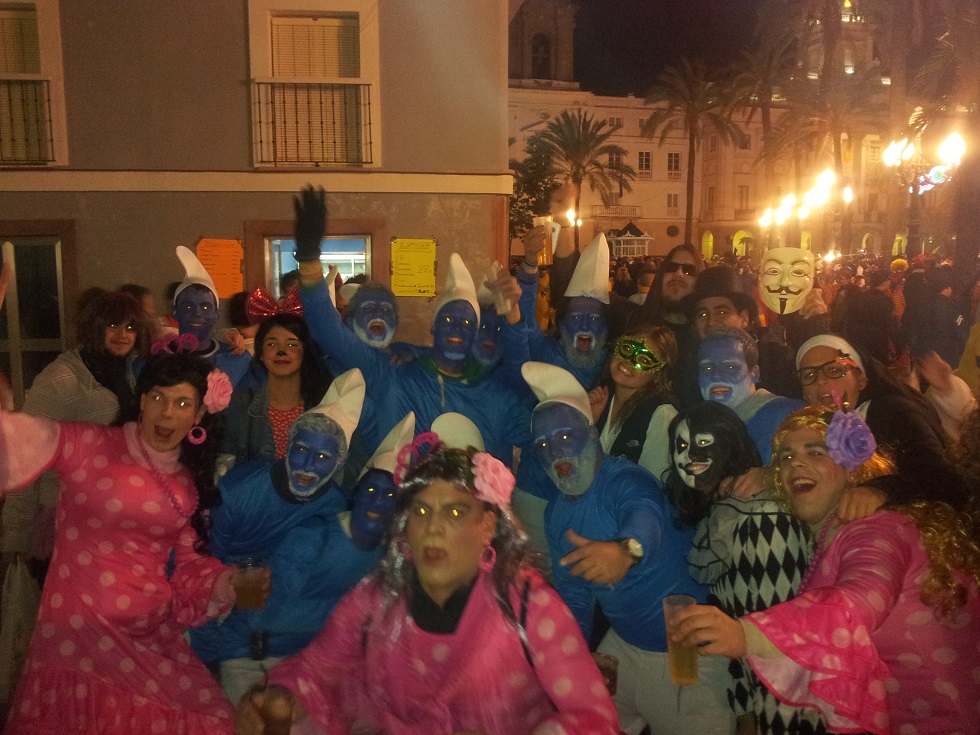 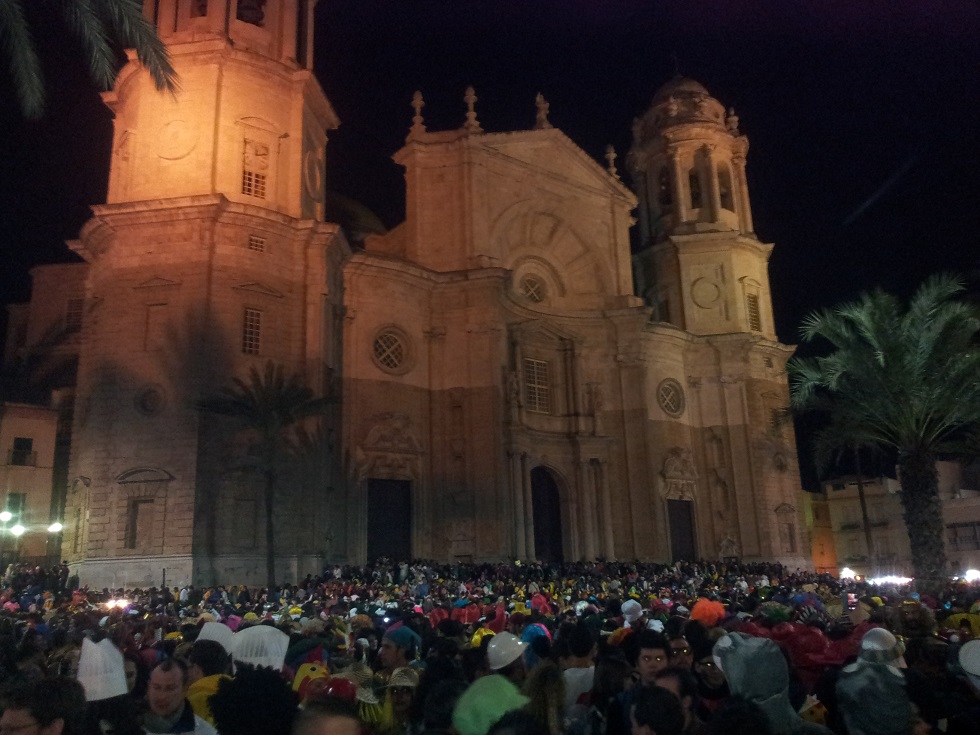 Weekend was coming and I didn’t had any plans. I noticed that there was Real Madrid against Barcelona football match in Madrid at weekend. I’m not biggest football fan since in Finland ice hockey is the thing, but chance to see maybe two best teams in whole world playing against; I knew I could not miss it. I was lucky enough to get tickets so I started to find way to get in Madrid. Seville is very south part of Spain when Madrid is middle, so the distance is about 600km. Trains are very expensive in Spain so I decided to go with bus because it was only 40€.

I was already making my booking for hostel when my Greek friend send message in Facebook and offered place to sleep. I met this guy during my DIMA intensive course in Poland, so it was also nice to meet old friends.

Trip to Madrid last 6 hours and after that my friend kept short city tour. We visited many amazing bar/restaurants in Madrid and prices were low. My friend lived at Getafe what is about 20km from Madrid, but in Madrid they have maybe best public transportation network so it was not problem to get there even at night. 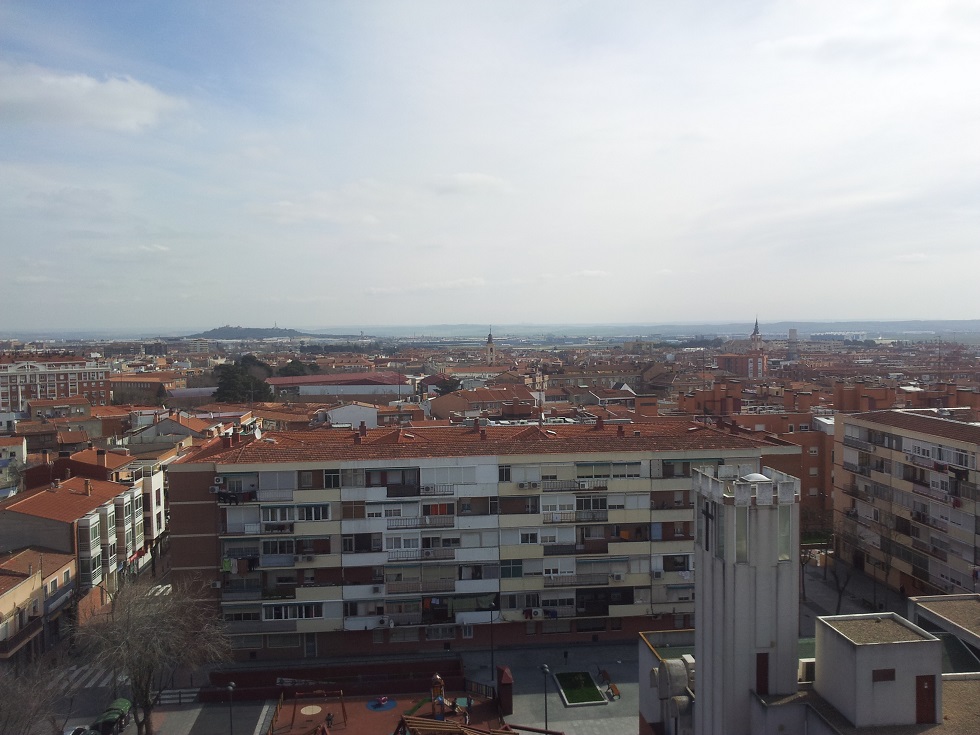 
Saturday I finally went to watch football and I can say it was an amazing experience. There was about 80 000 people in stadium and noise was insane. Real Madrid fans were singing mockery songs about Lionel Messi and they went crazy when their Cristiano Ronaldo came to play at second half of game. Real Madrid won match 2-1 with last minute goal. Even I’m more Barcelona fan; I still enjoyed match and atmosphere at stadium. 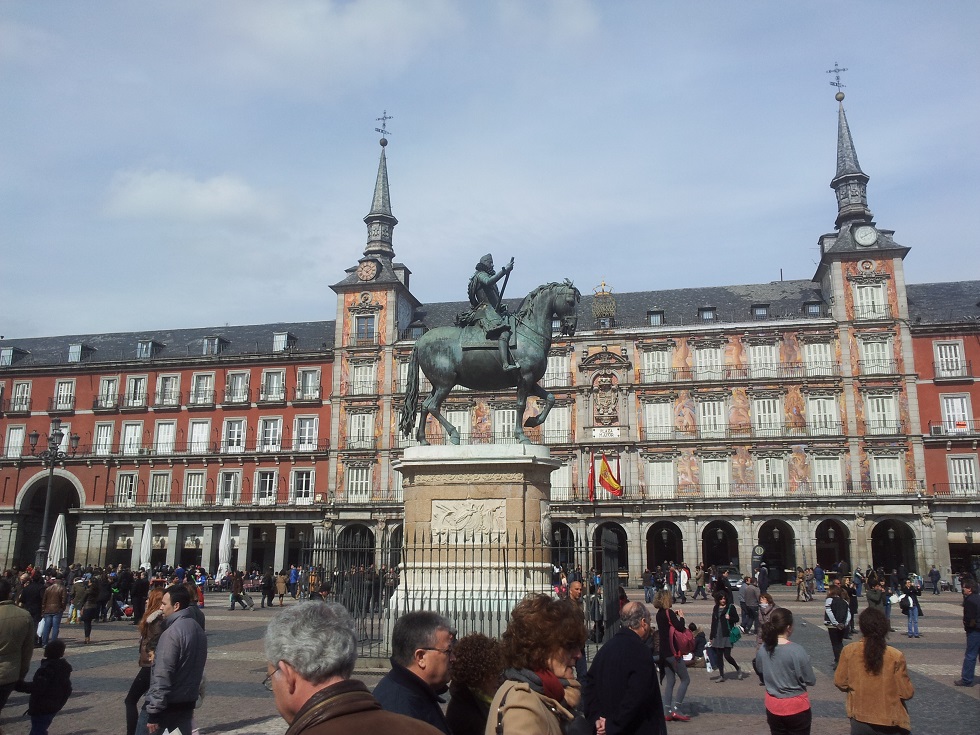 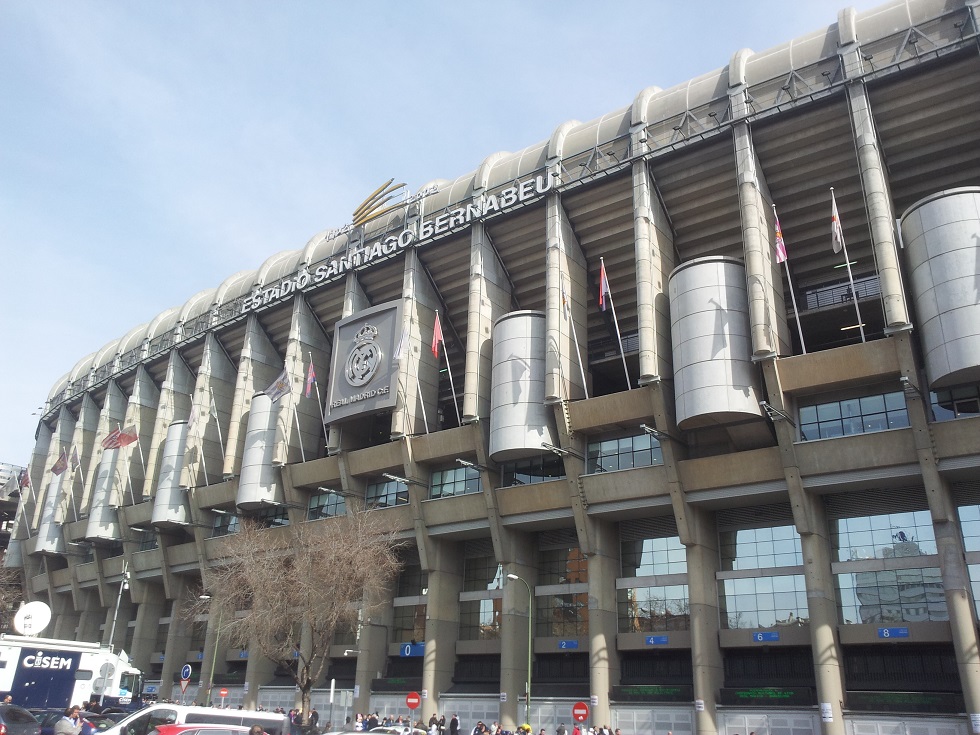 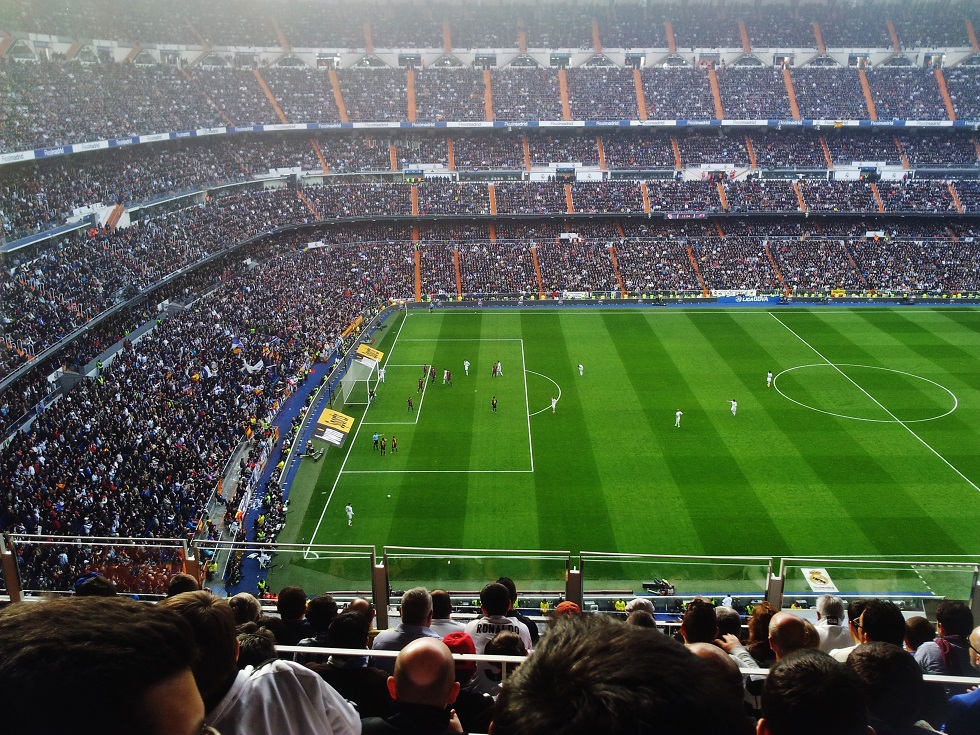 In my next blog post I will tell about my trip to beautiful Granada.

I have been now working in Spain-Internship almost 2 months and I have had lots of good time here. In my first blog text I will tell about my first impressions of Spain and City of Seville.

“When in Rome, do as the Romans do”

In Seville many locals don’t speak English at all. When I came here I knew only couple words of Spanish so at start there were some problems with understanding people. I still can’t speak Spanish, but learning numbers, greetings and some important words help me find a way to communicate with people. I think this language wall was biggest cultural difference for me, and if you plan to come in Spain, I recommend learning some Spanish before coming to make your life easier at start.

Second big cultural difference is that Spanish people are really relaxed. People don’t stress and hurry without reason, and I think here is the learning point to many other cultures. Like in my home country in Finland, people start to complain if they have to wait bus more than 5 minutes or if in grocery store there is more than 3 people in line. At first it was weird for me because I was used to be on time always and to be honest it cause lots of stress sometimes, but when you get used to local culture you will see that in this way it is lots of better, when you don’t have to stress about little things.

In my first weekend here, Spain-Internship organized an city tour for new interns. I kept this very useful since during this tour I met new people and learned how to walk around city. City of Seville (Sevilla in Spanish), is very old and beautiful city. The most famous place to see are Seville Cathedral, Alcázar palace complex and Plaza de España.

Seville Cathedral (Catedral de Santa María de la Sede) is the largest Gothic cathedral in world. Inside Cathedral there is also buried part of remains of Christopher Columbus. Inside cathedral you can also access to Giralda tower. Giralda is the bell tower of the cathedral and if you climb there, it offers very nice view over the city. 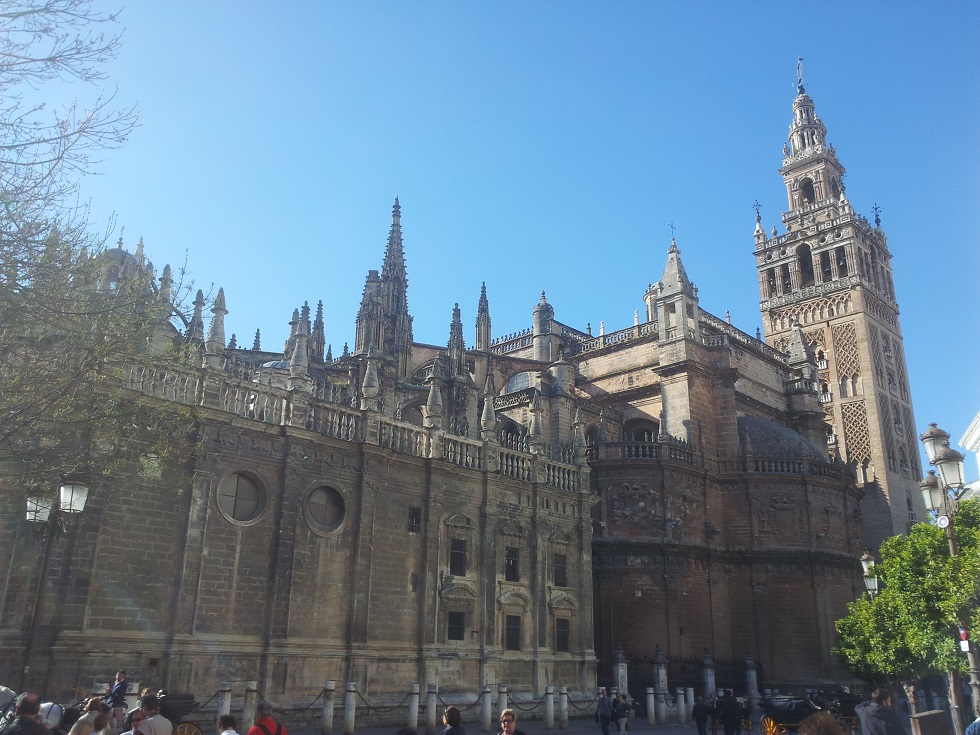 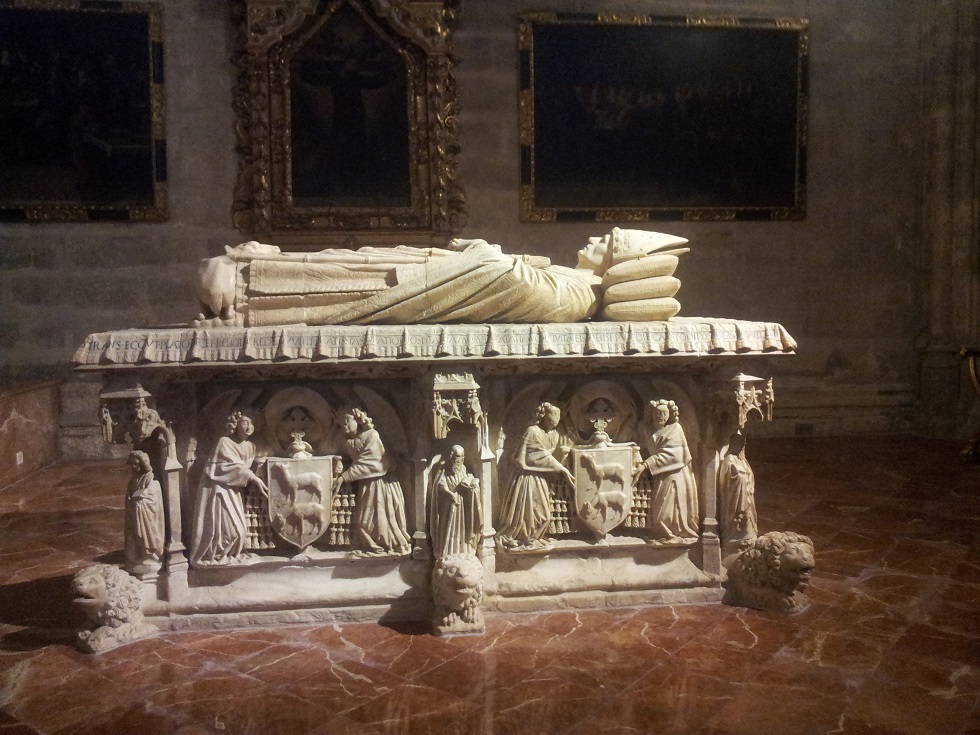 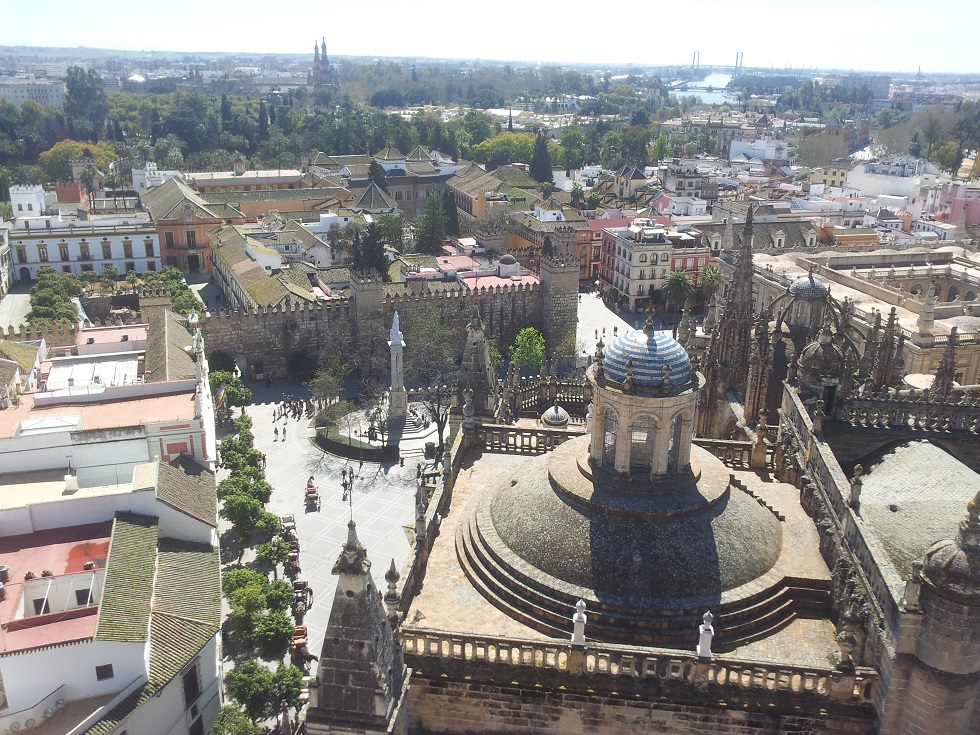 Alcázar of Seville is a royal palace in Seville. It is the oldest royal palace what is still in use in Europe. With cathedral it is part of UNESCO World Heritage site. The gardens of palace are really beautiful and I recommend visiting there. 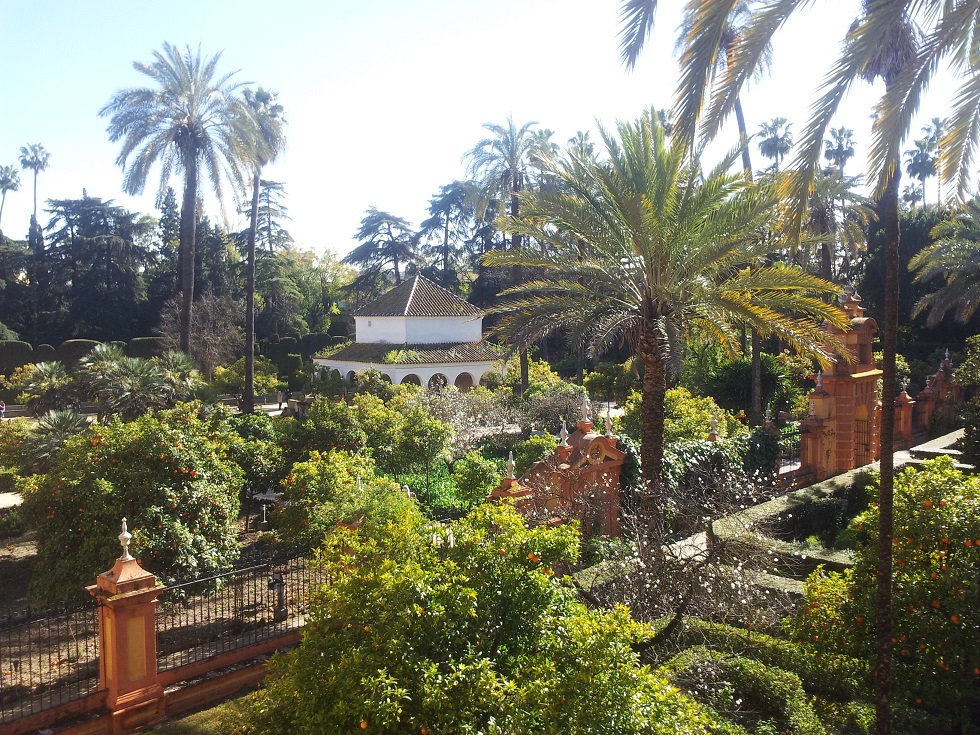 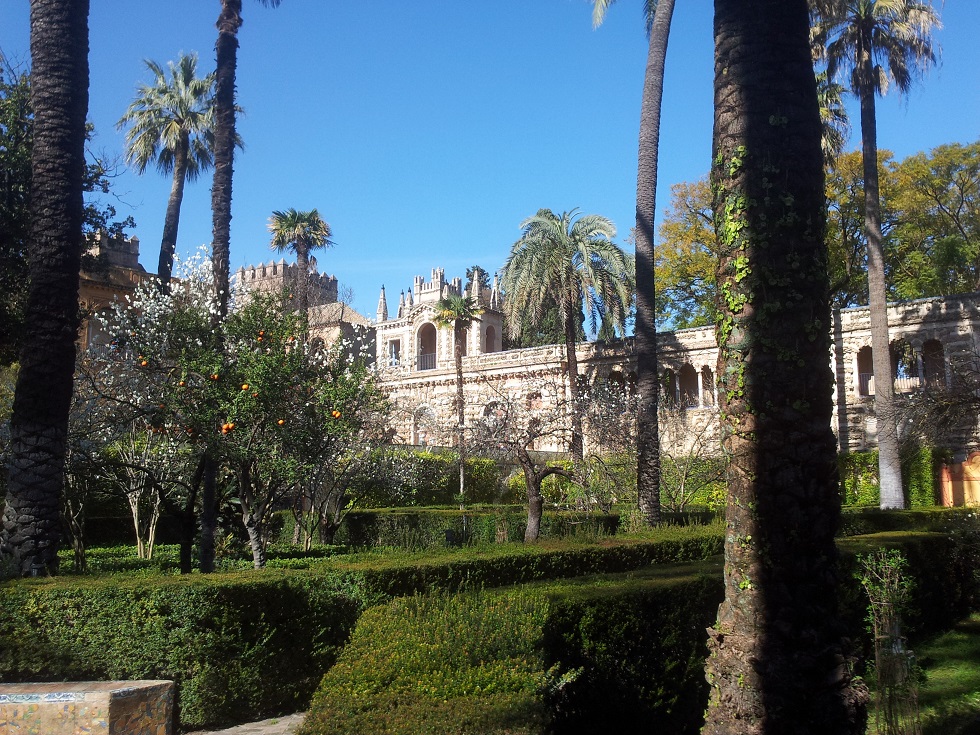 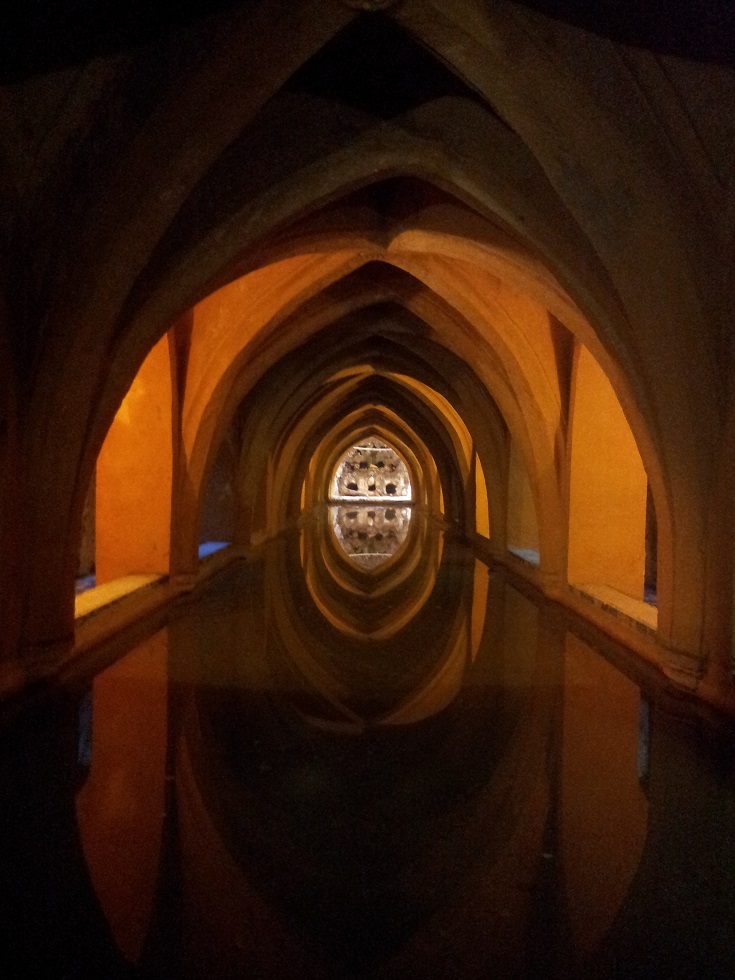 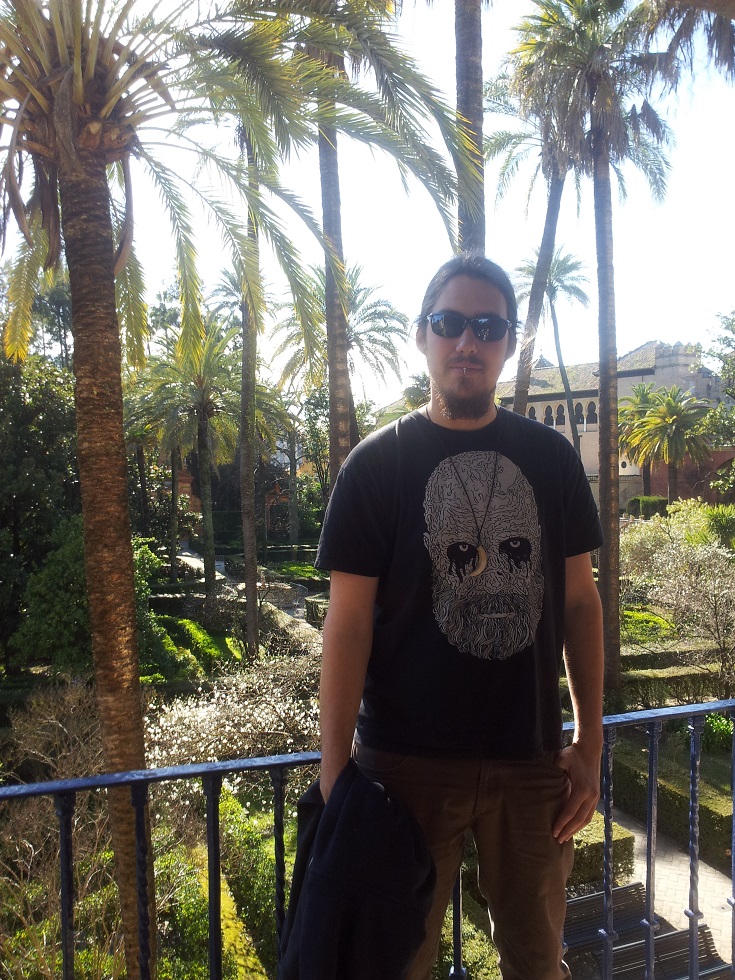 Alcázar baths and me

Plaza de España is a plaza inside Maria Luisa Park. It was built in 1928 for the Ibero-American Exposition of 1929. In Plaza de España you can find tiled “Province Alcoves”, what are representing a different province of Spain. Plaza de España has been used also as a filming location in Star Wars Episode I and II and in the film The Dictator. 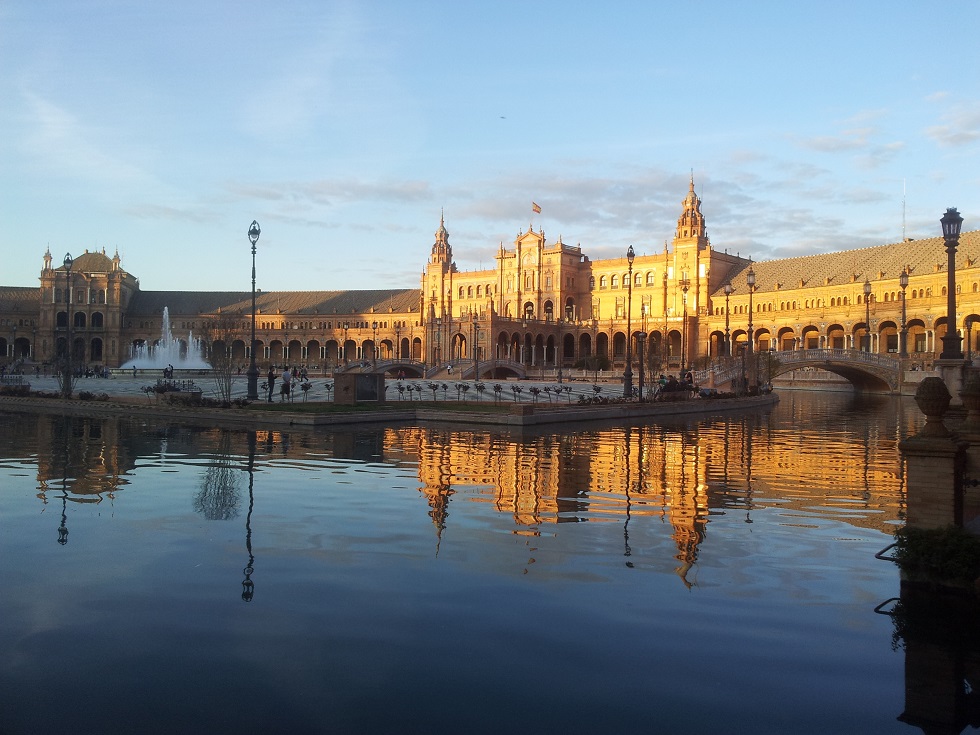 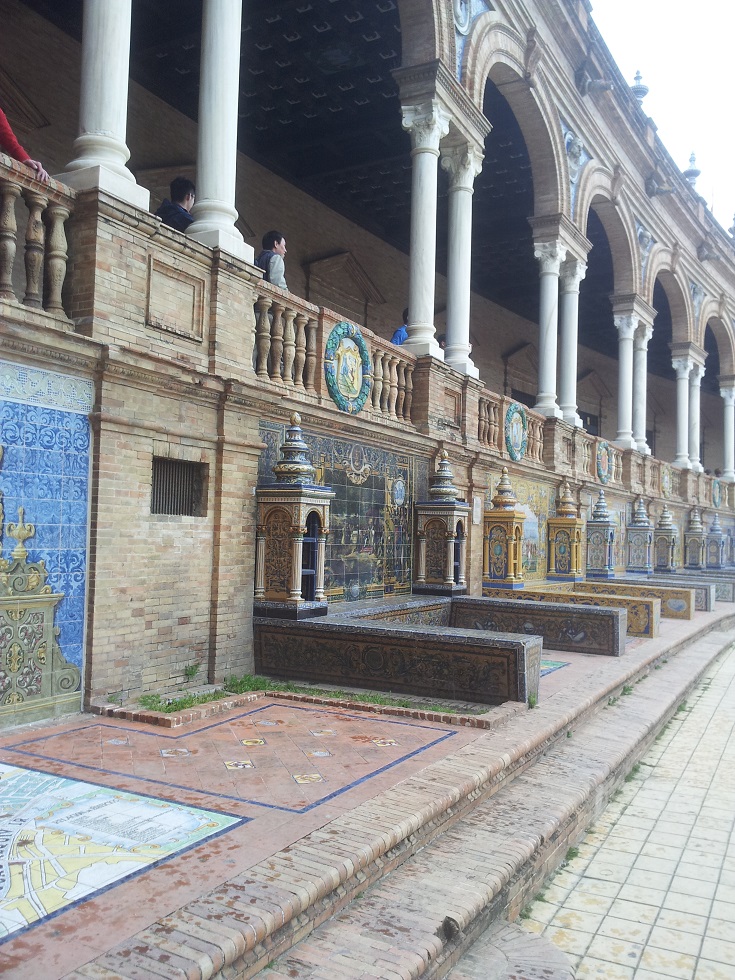 In my next blog post I will tell about my experience of Carnival in Cadiz and trip to Madrid to watch Real Madrid - Barcelona football match.